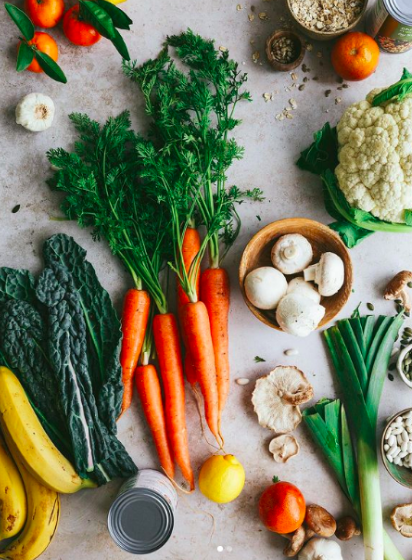 Google Trends shows interest in veganism has grown sevenfold over the past 5 years, alongside the number of people following a vegan diet quadrupling. You’ll know by now I’m on a mission to help everyone increase the plant-based diversity in all of our diets – so how does veganism (aka 100% plant-based) influence your gut health?

A 2021 study (Losno et al.) has investigated the effects of vegan diet on our gut microbiota (GM) – here’s what the researchers found.

Spoiler: not all scientific studies have a big result. This month, I wanted to share this study that didn’t have a “ground-breaking” finding – to show you the side of science no-one talks about! We need to look beyond the clickbait headlines and ‘good’ vs ‘bad’ labels when it comes to our nutrition. Sometimes, ‘it depends’ is the best answer.

Researchers pooled together the results of 9 studies that looked at the types of microbes found in the guts of those following a vegan diet for at least 4 weeks, compared to those who ate meat and other animal products (aka omnivores). All the studies were done with healthy adults.

There were conflicting results, albeit there did seem to be some differences in certain gut microbes among people following vegan diets versus those who didn’t.

Full disclosure: I’m all about assessing the quality of new research studies when I share them with you guys, so there are a few things to note. (That’s another reason it’s so important to only take advice from those who are qualified, it can be all too easy to misinterpret the science!)

So what does that mean for you?

Well, as I always say, it’s clear our nutrition isn’t black and white – it’s not about whether it’s “good” or “bad”. It’s way more complex than that 😉

Eating more plants as part of a vegan diet could be positive for your gut, and overall, health, thanks to the essential fibre in all of our plant-based foods that nourishes our GM, as well as vitamins and plant chemicals (like polyphenols).

But vegan diets can hugely differ and a ‘vegan’ label doesn’t necessarily mean it’s healthier. A vegan diet that focuses on whole plant foods full of fibre can be beneficial, albeit requiring appropriate supplementation to make sure you’re getting enough of other nutrients our gut microbes love, such as omega 3. In turn, a vegan diet that’s mostly made up of highly processed ‘vegan’ alternatives and white grains isn’t going to do your gut microbes much good.

My advice: do what feels right for you personally. The body of evidence suggests that we could all benefit from eating more plants – but that doesn’t necessarily have to mean only plants. It really is about finding what works for you and that is what my new book Eat More, Live Well is all about!

If you are following a vegan diet, it’s a good idea to check the labels of ‘meat-free’ alternatives for any mysterious ingredients!